In this edition of the series ‘Mongolian Fine Art Masterpiece’ brought to you by MONTSAME News Agency in cooperation with Mongolian National Art Gallery, we are presenting the artwork, ‘City Centre’ by People’s Artist of Mongolia, Honored Cultural Figure Gombosuren Balbar.

The depiction of the road that nearly takes over the entirety of the initial setting narrowing as it stretches out in the far distance makes the central street of the city seem as if it is endless. The fenced trees and shrubs, and the buildings and structures are symmetrically placed. On this chilly winter morning, the space is filled with the noisy traffic of various vehicle speeding along the street and people rushing to go to their work and school. As a documentation of the state of traffic in the central street of the capital city in the 1950s, some of the items depicted in the work are clearly illustrated in the sunlight, shadows of buildings as well as in the fumes emitted from vehicles, while the others are merely a silhouette, losing its true colors—which is a main feature of impressionism.

Born in Bayangol soum of Selenge aimag in 1930, Gombosuren Balbar completed his studies at the Arts School in 1948, and the School of Fine Arts in Beijing in 1963. He was awarded Honored Cultural Figure in 1974 and People’s Artist of Mongolia in 1981.

Within the framework of “Building the Capacity for COVID-19 Diagnosis and Service...
1 день

150,000 doses of Made in India, Covishield Astra Zeneca Vaccine granted by Government of...
9 дня

The State Emergency Commission discussed how the strict lockdown will be eased at its...
11 дня

Prime Minister L.Oyun-Erdene had a meeting with Ambassador Extraordinary and...
11 дня

Mongolia and Turkey to activate cooperation in air transport and tourism

On February 18, Prime Minister L.Oyun-Erdene received Ambassador of the European Union to...
12 дня

Prime Minister L.Oyun-Erdene had a meeting with Ambassador Extraordinary and...
12 дня

Prime Minister L.Oyun-Erdene had a meeting with Ambassador Extraordinary and...
13 дня

On February 18, Prime Minister L.Oyun-Erdene held a meeting with U.S. Ambassador to...
13 дня

Around 11,605 personnel are planned to be mobilized to support the country’s vaccination...
15 дня

L.Oyun-Erdene: Tuv aimag should be developed under city status

The PM visited a place called “Davaanii zurlug” or a railroad junction, where 'Bogdkhan...
22 дня

Implementation of E-Mongolia project to be intensified 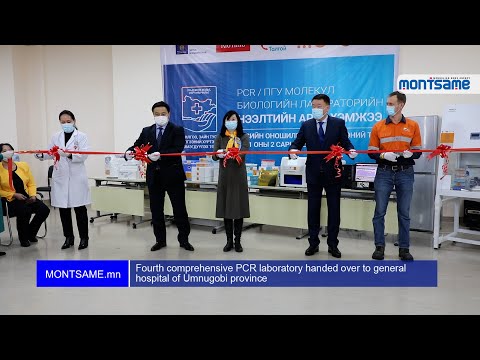